Ya know, I gotta say, I LOVE CreativeLive, the online learning platform that broadcasts live classes in photography, film, music, crafts and more!   I learned of them two years ago when I first starting teaching photography to high school students.  CreativeLive has been an invaluable tool for me…not only in my role as a photography instructor, but also as a fine art photographer. 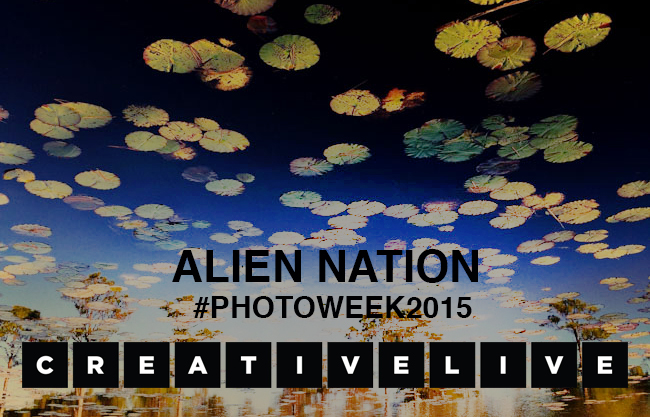 I have viewed many live classes and have actually purchased several for watching at my leisure at a later date.  In fact, I designed this website after purchasing Brian Wood’s class, Creating a Responsive Website with WordPress!!

So I couldn’t help but be excited by their #PhotoWeek2015 photo contest, where the winner was awarded an all expenses trip to Seattle to be a member of the guest audience during CreativeLive #PhotoWeek2015!  Gotta admit, most of the time, I do not participate in FaceBook contests because they seem to pretty much be based on popularity…who’s got the discipline to ask their friends, ON A DAILY BASIS, to vote for them??  Not daily, but more times than I felt comfortable, I put it out there…because the prize was just that good…and many of you took the time out to vote for me and I still can’t thank you enough!!

But imagine my excitement when I received an email from CreativeLive’s Lindsey Bluher stating...”We loved your entry in our Photo Week 2015 contest! So much so that we’re planning on including it on our social networks.”

I was more than happy to answer their questions about the image entitled ‘Alien Nation’ which is part of an on going series entitled Alt-Country: 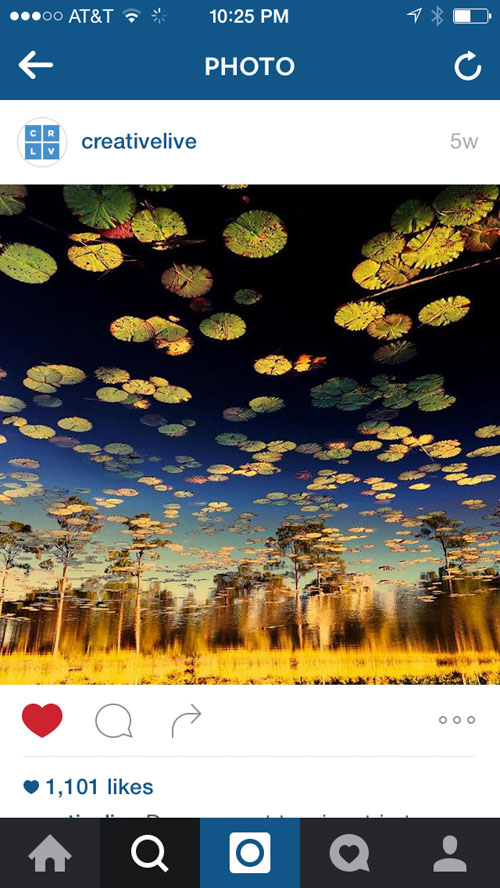 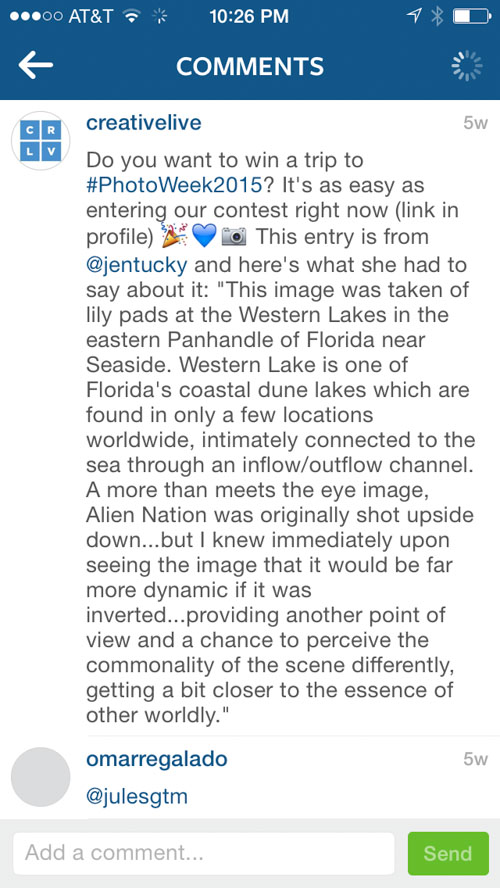 And while I was not the grand prize winner…CreativeLive promoted my work more times than they needed to…on Twitter, Instagram AND Facebook…which was almost better than actually winning the grand prize itself! The above screen shot is their promotion on my image in Instagram…which generated 1101 likes (and counting since captured!!!) …mostly from individuals who do not know me personally.  I know that in the real world of ‘likes’ and social media, this is not much to brag about…but I still can’t help to look at this as a total victory!!
Check out CreativeLive for yourself and see why it is such an amazing site!!   Join me as I’ve been geeking out all week!
jz