This past fall, I was invited to attend an artist retreat with the Kentucky Natural Lands Trust in Pine Mountain State Park.  KNLT has started hosting retreats where they invite 20-25 artists to join them in the Pine Mountain Wildlands Corridor, their primary project area, to learn more about this special place and their efforts to preserve and protect it.

The big weekend activity was a day long hike in Bad Branch State Nature Preserve.  The specific hike was to High Rock, a massive sandstone extending along the summit offering spectacular views of the Cumberland Plateau.  It was a beautiful autumn weekend.  Clouds in the sky made for the most spectacular light and the views were stunning!! 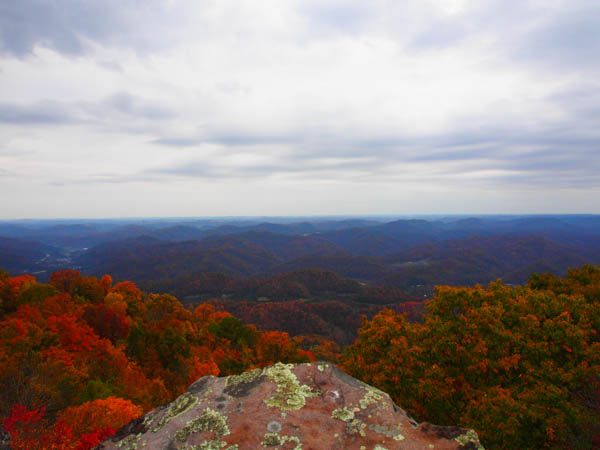 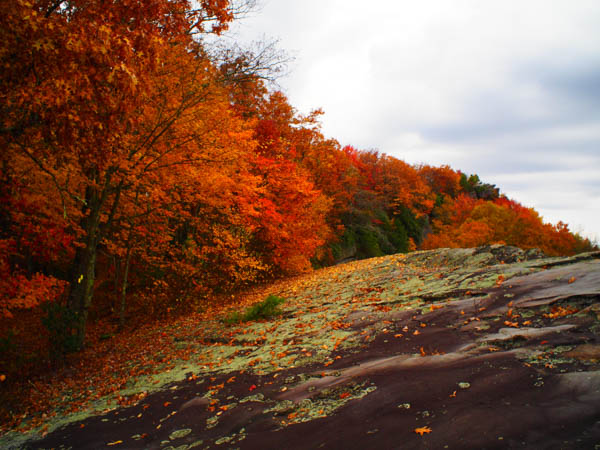 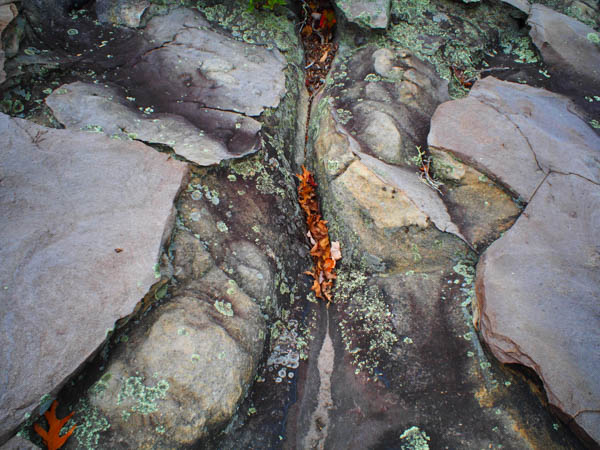 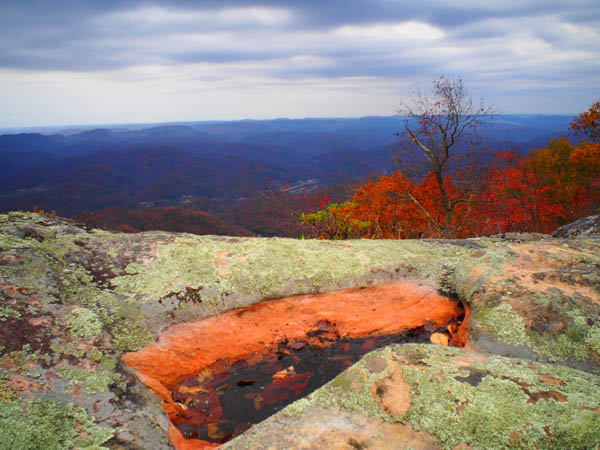 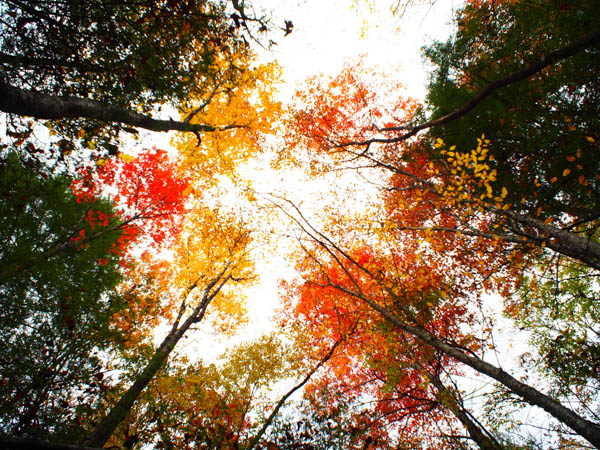 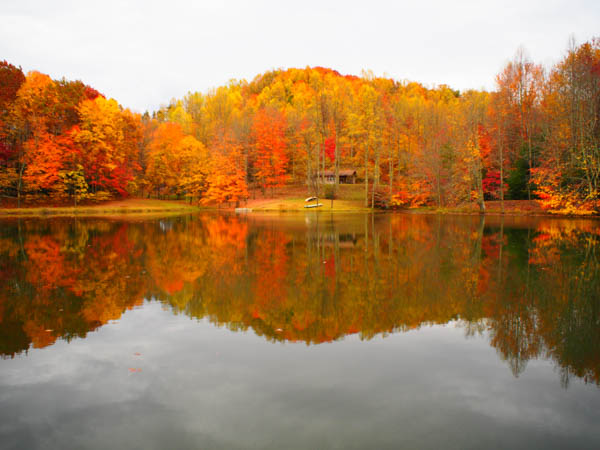 The weekend sparked a moving conversation about the role of art and conservation.  As we drove nearly an hour through the mountains to arrive at our departure hiking point at Bad Branch, we passed large mined areas of the ridge, devastating to see and truly sobering.  What can we do as artists to be the voice for nature?  Science doesn’t seem to be getting very far with facts alone.  Art is crucial to making that emotional connection which inspires change.  It got me thinking about my creative voice for nature!

The weekend was transformational.    I was inspired by KNLT and charmed by the Pine Mountain Settlement School.  There was a bonfire and bonafide entertainment.  Met a lot of great people.  Took a lot of deep breaths.  Felt connected.

Thanks to Greg Abernathy from KNLT for all his hard work in making this weekend a success!!  Click to access KNLT Fall Artist Retreat blog post to see who was on the retreat with me!!

Stay tuned for the announcement of an upcoming group show with artists from both the 2015 spring and fall retreats!